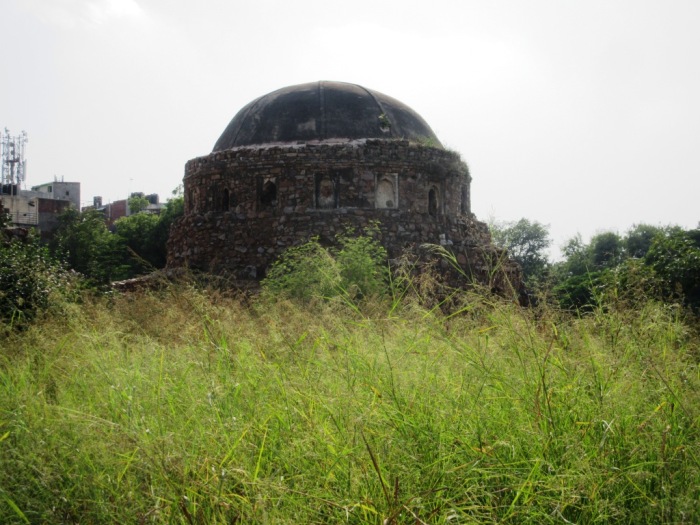 With 25 million people living across the Delhi NCR, securing a quiet green space all to yourself isn’t easy.  But we’ve found some.  Third in the series is a place that will take you to the top of the world.

Hauz Khas Village metro stop is for the super cool kids heading off to HKV hang out at its cool bars, clubs and restaurants.

The trendy teens and twenty somethings can keep moving to the epicentre of everything that modern India is all about.

In the other direction is Bijai Mandal (also known as Vijay Mandal), which is the third spot in our series on Delhi’s secret gardens.

Part of Delhi’s fourth city, Jahanpanah, Bijai Mandal was established in the early 14th Century by Muhammad bin Tughlaq as his Palace complex. 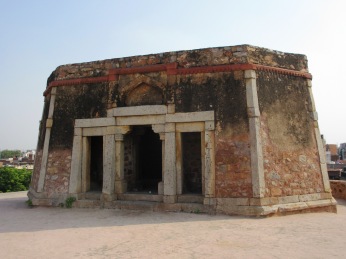 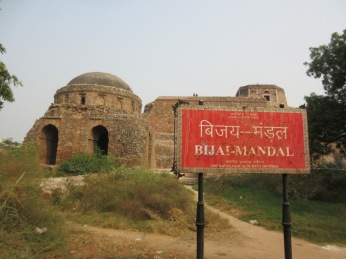 Today, what’s left is some tombs, mosques and palace ruins, Sufi graves, green space and the chance to climb the hill and take the stairs to the top of the world.  You’ll probably be on your own when you reach the top.  You’ll see views of the city (smog permitting) and look down in wonder at Begumpur Mosque

Tughlaq build Jahanpanah, meaning the refuge of the world in Persian, in an attempt to keep out the marauding Mongols who had been plundering Delhi for years.

From this place, he could have easily seen what was coming.  Sadly for him, Jahanpanah didn’t do the trick.  Tughlaq left to set up his capital to Daulatabad, in present day Maharashtra.

The good news for Dilliwalahs is that Tughlaq, for all his faults (there were said to be many), left us behind a great, green, space, with a wonderful vantage point. 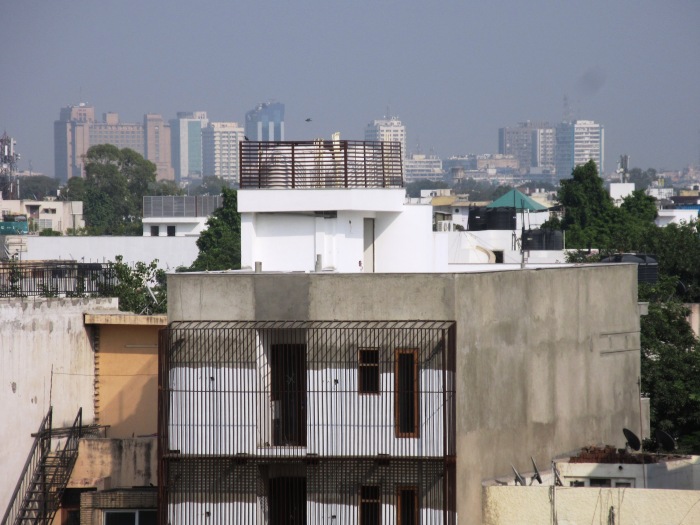 Dilli in the distance (through the smog)

The views are great, but on the day I went to take these photographs Delhi’s smog had descended as you can clearly see!

Enter from near the Sarvpriya Club, and you’ll find a small cluster of graves, tended lovingly.  One is believed to be the sufi,  Chishti mystic, Shaikh Hasan Tahir.  After that walk through the tracks towards the monuments on the hillside. 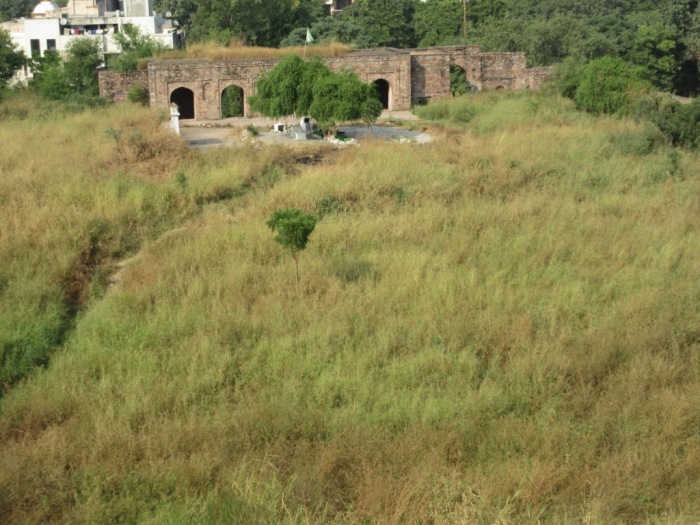 Sufi Graves in the distant, enter the mandal from near the Colony Club

Bijai Mandal is in Sarvpriya Vihar with one entrance near to the Sarvpriya Club and the other, the main entrance, off Kalu Sarai Road.  Find it on google maps here. 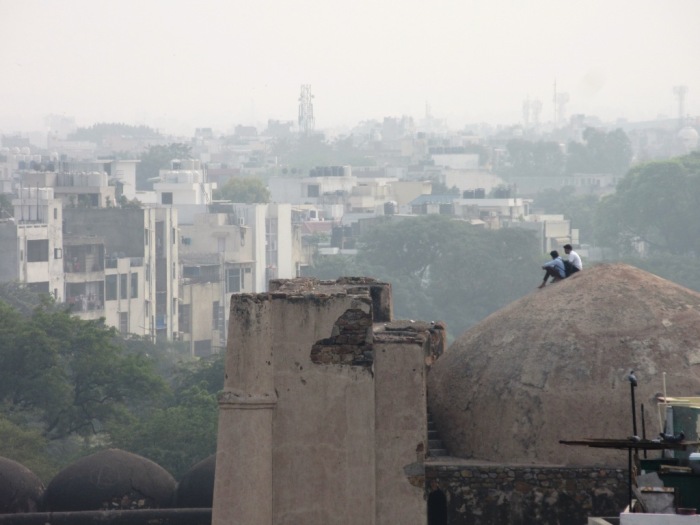 Boys on the dome of the mighty Begumpur Mosque – looking south

To the south of Vijay Mandal is the magnificent Begumpur Mosque.  If you are coming to the Mandal, make sure you visit mosque.

Looking for something? Search my site

Discovering Delhi Exploring India Food, glorious food. And drink Shopping, markets and more Understanding India What's on where Why are you doing that?